This afternoon, we happened to notice that the Air Accidents Investigation Branch reports, which we scraped from their old site, are live.

The user interface is called Finder Frontend, and is used by GOV.UK wherever the user needs to search for items by varying criteria. In the jargon, it’s called “faceted search”.

We enabled this type of searching by scraping the “Aircraft category”, “Report type” and “Date” fields. Users can then filter the accident reports by one or more of those criteria at once.

Since we scraped it, we also happen to have the data in an SQL database in our Data Science Platform. A quick query reveals which aircraft has the most accident reports about it. 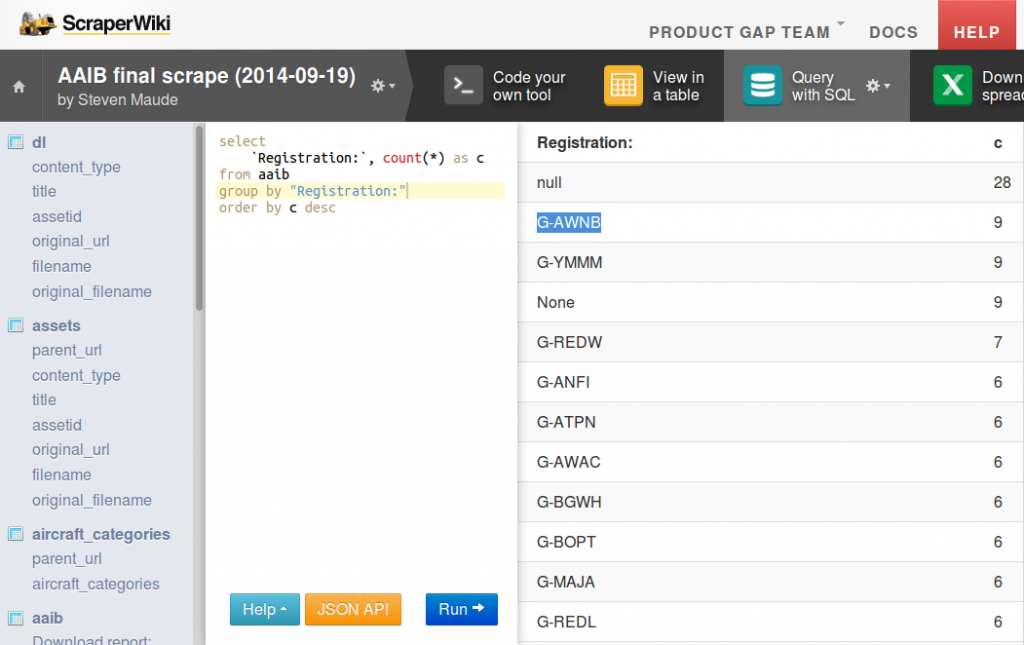 Here are three of its accidents, chosen to span time:

ScraperWiki often helps with migration projects like the AAIB data. As another example, we’re working on migrating insurance data between two ERP systems at the moment.

The skillset of understanding a (poorly) documented dataset, and producing the best quality output for re-use, is an important part of data science. We use the same skill as part of lots of other projects.

Understanding data fully is the first stage of doing useful analysis with data.