There are 211 clinical commissioning groups (CCG’s) across England dispensing a range of medications every day. These CCG’s have demographic factors that could affect how much medication is dispensed. Therefore I thought it would interesting to compare the number of items dispensed in CCGs across England for a number of different medications, using the Clinical Commissioning Group Prescribing dataset for January – March 2015. 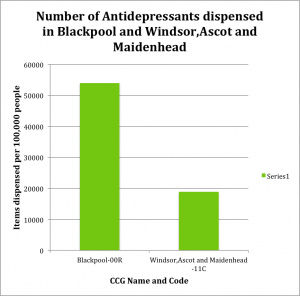 Figure 1: Number of antidepressants dispensed in Blackpool and Windsor, Ascot and Maidenhead 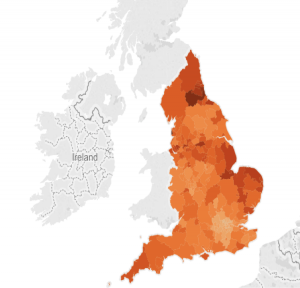 Figure 2a: Antidepressant prescribing per 100,000 of population by Care Commissioning Group 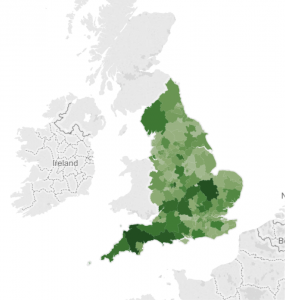 Figure 2b: Population for each Care Commissioning Group (CCG) 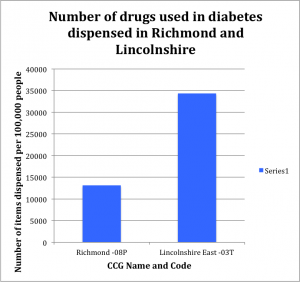 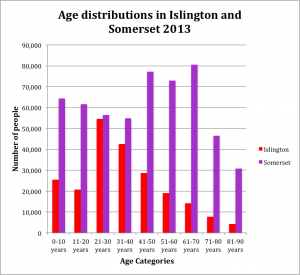 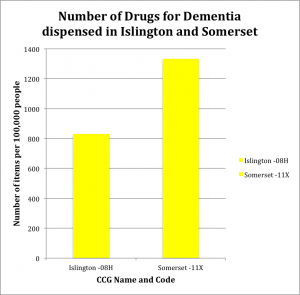 Figure 5: Number of drugs for dementia dispensed in Islington and Somerset 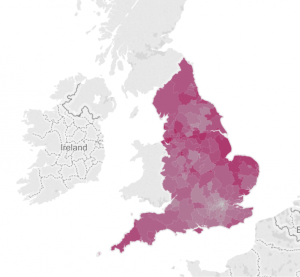 I found that for many of the drugs the north of England dispensed more than the south of England. It therefore might be argued that the South is generally healthier than the North. I would also conclude from looking at a range of medications that The Durham Dales, Easington and Sedgefield CCG, Lincolnshire CCGs, the Norfolk CCG and the Blackpool CCG are among the unhealthiest CCG’s in England, as they dispensed the highest number of items for many medications.

View all posts by Leonisha Barley →