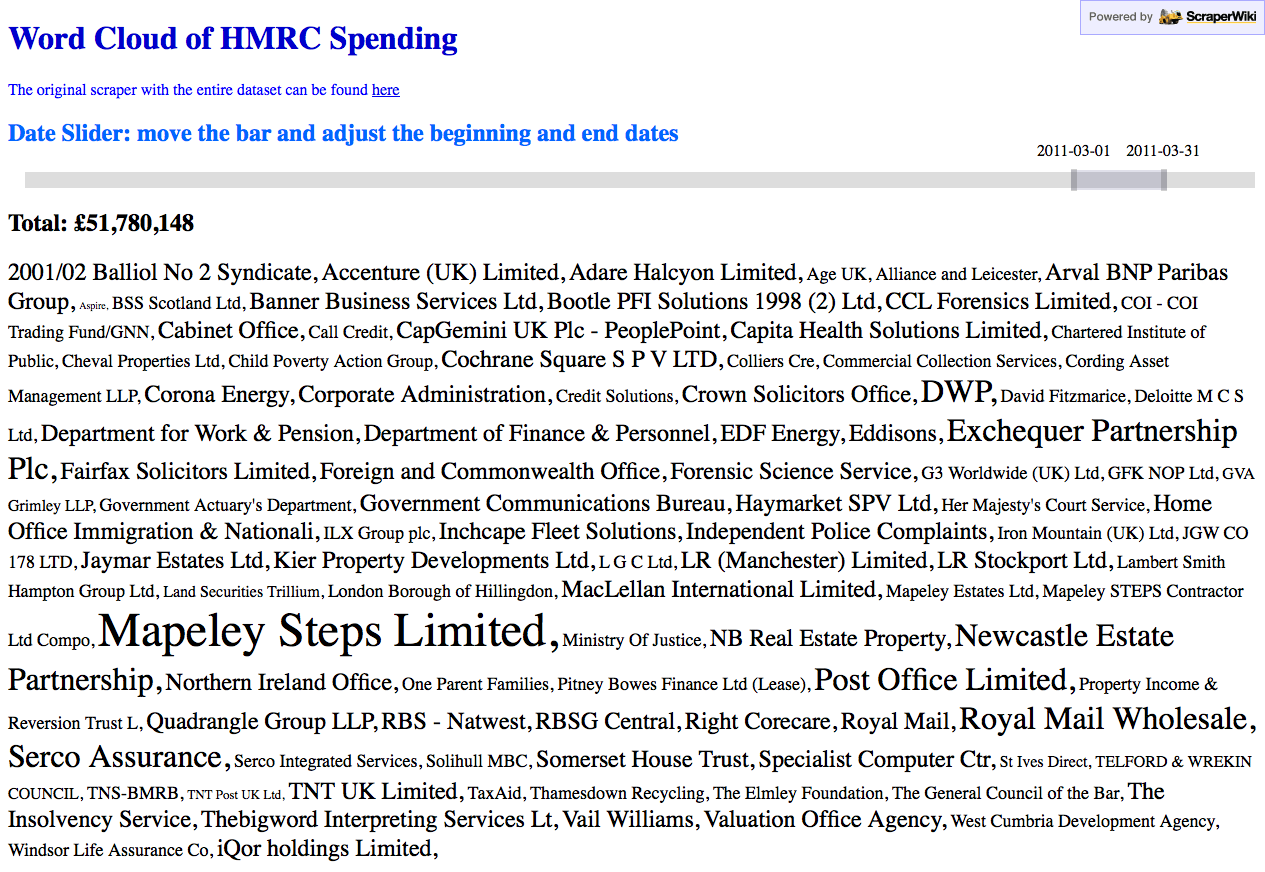 You may have noticed some illicit back-alley forking going around on ScraperWiki. The above picture looks very much like my Cabinet Spending Word Cloud Date Slider. Well, to tell you the truth, a gal could do with a bit of forking every now and again! Which is why I’ve nominated Tim Retout (@diocles) as our user of the week. He’s a software developer for a web filtering company in Southampton. His background is in contributing to free/open source software, particularly Debian GNU/Linux, but at the moment much of his spare time is spent studying with the Open University.

Appropriately enough, his interest in open data stretches back to discovering mySociety and their projects – and the powerful concept that public data improves transparency and democracy. More recently, the video below sparked his interest in the semantic web, and of course data.gov.uk provides a wealth of raw data to interpret. That’s where ScraperWiki comes in!

Your teacher always told you that copying was a bad thing but we at ScraperWiki encourage it! Take code and make it better, or apply it elsewhere, or use it for a different purpose. Be creative and collaborative. Be innovative and ingenious. Be open and social about what you do on ScraperWiki (as late night tweets from @diocles show!).

I love the way that ScraperWiki lets me share and reuse scraper code with other people. Being able to see how others approached a problem really helps when getting up to speed on new technologies. Plus, ScraperWiki takes the hassle out of scraper hosting and maintenance. – Tim Retout

He says his more serious aim is to contribute in some small way to analyzing the reams of open data that the UK government is releasing. In fact, Chris Taggart (@CountCulture) of OpenlyLocal pointed him in the direction of ScraperWiki at the start of May. Which is great as we want ScraperWiki to be the space where the open data community gather to share their ideas as well as their code. As Tim puts it: “working with other users is always welcome from my point of view! We are greater than the sum of our parts”.