This is a blog post version of a lunchtime talk I gave at the Open Data Institute. You may prefer to listen to it or use the slides.

Stafford Beer was a British cybernetician. 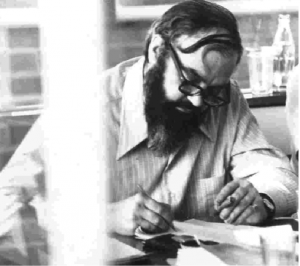 He described four stages that happen when you get a computer.

Each stage ends in disappointment.

This is a homeostat from the article “The Electronic Brain” in the March 1949 issue of Radio Electronics.

At this stage you get no benefit from the computer. It is just amazing.

Most of us, in every day business use of computers, are at this stage.

We write documents, which in form look much like this one from 1946. 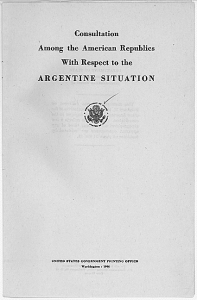 We send the documents to each other using an electronic metaphor for postal mail. 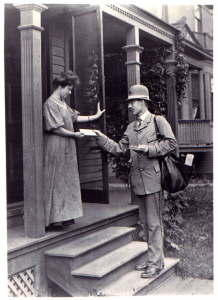 Sure, copies are cheaper to make than real paper, and they arrive in an instant. However, the underlying process it the same. That’s why it was so easy to learn.

Even our data is digital paper.

This spreadsheet, a financial ledger from the World’s Columbian Exposition in 1893, looks much the same as any business spreadsheet today. 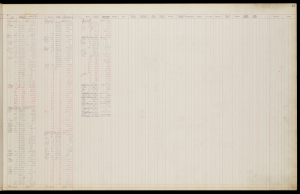 The numbers in the columns can add themselves up now, but it isn’t making full use of our computers.

This over use of paper methods causes problems. Errors can waste billions of dollars. 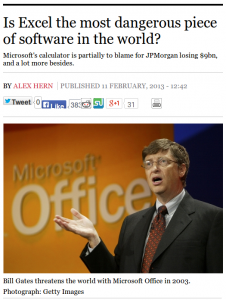 It’s disappointing. Electronic brains must be able to do more!

3. Gather up as data

Let’s structure everything as data and put it all together in a massive store!

At this stage of computer use, the hope is that once everything is uniform, we’ll have amazing power and analysis. Everything will be better!

To do this, the only current method is to hire some nerds and get them to write complex, expensive software. 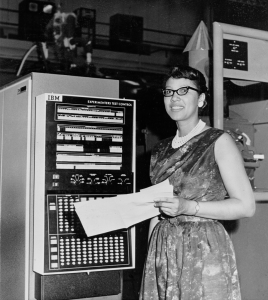 The engineer makes sure inputs are consistent. Consistency is what “data” means.

Apps are an example. They gather the structure as a side effect of user actions. It’s what social networks (and digital spies!) do. 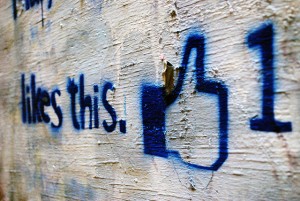 You can reduce this effort, by making better use of existing data. The Humanitarian Data Exchange (which ScraperWiki works on) is an example. 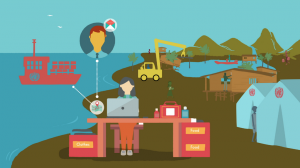 There are products which help convert digital paper into data. 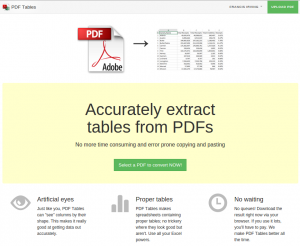 But ultimately, current methods rely on people entering data really really carefully. Which we humans are not very good at. 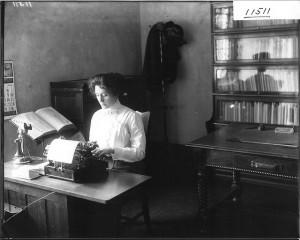 I can only see two ways to radically improve this, and get more data.

Firstly, more digital literacy. Most people learn to drive, or else cars would be useless. Likewise, can everyone learn to tag things consistently, so CRMs work better? Should everyone learn to code, so we can make infrequent business processes create structured data? 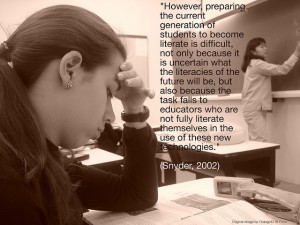 Secondly, improving artificial intelligence. That is, to have a computation model more sophisticated than current coding, which doesn’t need pickily consistent “data” any more. 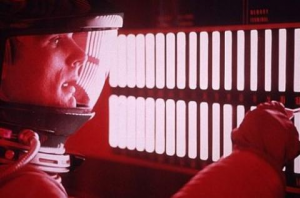 So, you’ve now got lots of data. Alas, it’s still not enough!

Stafford Beer says that even when organisations get everything structured, their data lakes overflowing, their tables linked across the web… Even then they are disappointed.

Next, you realise you need a feedback system to effectively use your data. 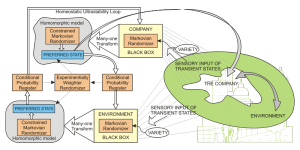 Think of your own body, where tangled hierarchical layers of proteins, cells and organs have feedback loops within and between each other. 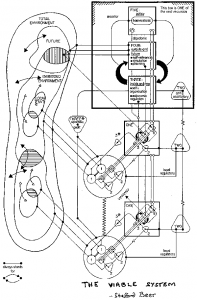 More deeply, what should organisations look like now we have computers?

The question which asks how to use the computer in the enterprise, is, in short, the wrong question.

A better formulation is to ask how the enterprise should be run given that computers exist.

The best version of all is the question asking what, given computers, the enterprise now is. 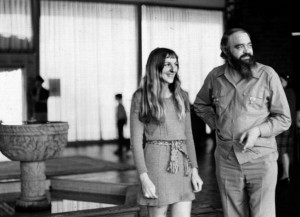 If you’ve got some digital paper you want to turn into data, ScraperWiki has various products to help. For more on Stafford Beer, including the wild story of Cybersyn and Allende’s Chile, watch my lightning talk at Liverpool Ignite. All the pictures above are links to further information.